Our arm for Bunker Survey Detective & Petro Inspect rigorously seeks to maintain its high efficiency in meeting successful and resulted in significant cost savings for our clients.

To date we have recovered over 10000’s of Metric tones in un-declared fuel, averted numerous cappuccino bunkers and prevented bribery thus saving charterers and owners millions of dollars! Not only that we also serve as ‘protective surveyors’ on charterer’s or owner’s behalf ensuring no mal-practice takes place during bunkering such as cappuccino bunkers, gravitating of fuel, bribery etc. and at the same time ensuring that only the best marine surveying and business ethics are practiced.

Our bunker fuel concealment detection largely depends on the hands-on approach and practical experience of surveyors and therefore we hire only the best in the industry. Our surveyors being ex-seafarers themselves are well-versed with the various techniques used to conceal bunkers on board.

We perform quantity determination during a bunkering operation.

These general requirements are already part of the SS 600 or ISO 13739 but it is essential that each of our individual surveyor shall duly follow them so as BQS are done with transparency, efficiency, professionalism and independently at following stages. 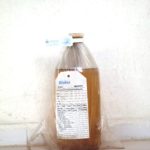 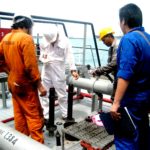 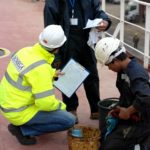 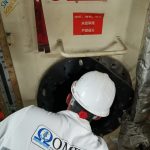